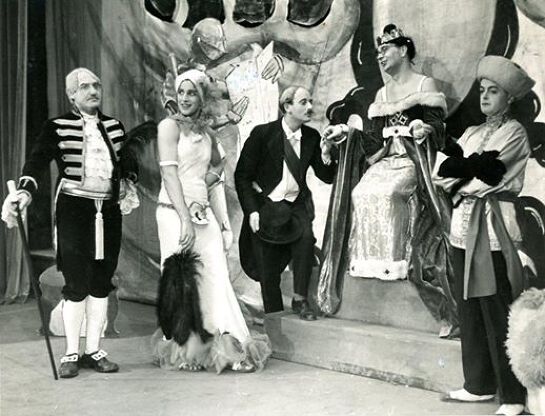 This eight-week course will explore how the American musical absorbed and evolved the Jewish tradition with its creators, songwriters, performers and content over the last 140 years.

Led by Laurence Maslon of New York University’s Tisch School of the Arts, classes will include lectures complemented by essential and rare film clips, recordings, readings and Q&A.

Week One – The aesthetics of Jewish performance: Immigration (1888-1901) and Irving Berlin.

Week Four – The Depression era and the progressive side of Jewish songwriters: the Gershwins, Yip Harburg, Harold Rome and Harold Arlen.

Week Five – The post-war era and Jewish egalitarianism: The musicals of Rodgers and Hammerstein, Frank Loesser and Marc Blitzstein.

Week Six – Fiddler on the Roof: Its background, creation, creative personnel and influence.

Week Seven – Tevye’s children: The influence of Fiddler on Broadway: Cabaret, Two by Two and The Rothschilds.

Week Eight – Jewish musical tradition on Broadway in the 21st Century: Rags, Ragtime, Caroline or Change and The Producers.

Please be advised that bookings for this series will close at 9am Monday 7 September, with the Zoom link emailed thereafter.