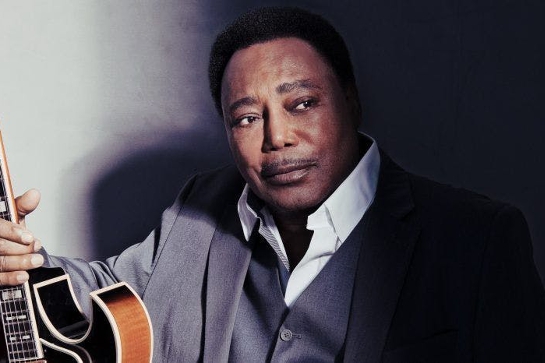 One of the world's greatest guitarists, George Benson, is heading to Melbourne and Sydney for headline shows this April ahead of his performance at Bluesfest Byron Bay.
Since 1977, George Benson, an American icon for being part of the electric guitar revolution which changed music and popular culture forever, has bagged 10 Grammy Awards, and has been nominated for an additional 15. His wins include Record of the Year for 'This Masquerade' (1977), Best Pop Instrumental Performance for 'Breezin'' (1977) and 'Mornin'' (2007), Best Male R&B Vocal Performance for 'On Broadway' (1979) and 'Give Me the Night' (1981), and Best R&B Instrumental Performance for 'Theme From Good King Bad' (1977) and 'Off Broadway' (1981).
Following the success of his Quincy Jones-produced pop album ‘Give Me the Night' in 1980, George Benson's string of pop hits includes 'Love All the Hurt Away', 'Turn Your Love Around', 'Inside Love', and 'Nothing's Gonna Change My Love For You' from his 1985 album '20/20'.
See Eventfinda for more information.