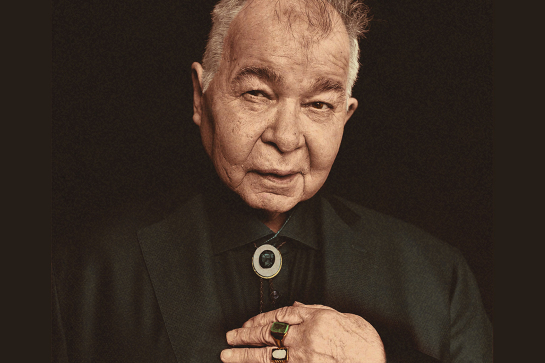 Frontier Touring and Love Police are thrilled to announce the return of one of the USA’s most loved songwriters: two-time Grammy winner, 2019 Rock & Roll Hall of Fame inductee and master storyteller John Prine, playing Melbourne, Adelaide and Sydney in April 2020.If you missed Prine’s spellbinding shows last March – his first tour of Australia in over 25years – don’t make the same mistake twice. Prine’s stunning performances with his band earned accolades from critics and fans alike, and he enjoyed the shows so much he’s coming back for more!

Melbourne will witness the magic of John Prine on Tuesday 14 April at the Palais Theatre. The ‘ Summer’s End ’ singer will also perform on Friday 17 April at Sydney’s State Theatre.

Adelaide, after a 27-year wait it’s your turn: Prine will play his very first performance in the SA capital in over two decades on Thursday 16 April at Thebarton Theatre.

For almost 50 years John Prine has enjoyed a remarkable career. Born in 1946 in Maywood, Illinois, Prine was raised in the Midwest. His songs are filled with tales of blue-collar suburbs, where country music, the Grand ‘Ol Opry, good Southern cooking, and annual visits ‘home’ to Kentucky were as naturally part of his family’s lives as Chicago hot dogs and baseball.

In April 2018 Prine earned the highest-charting album of his career with his first solo recording 13 years, The Tree Of Forgiveness. Debuting at #5 on the Billboard 200, it was released via Prine’s label, Oh Boy Records. Just a few of the accolades Prine has received in his lifetime include Artist of the Year at the 17th annual Americana Honors & Awards; induction into the Nashville Songwriters Hall of Fame; an Americana Lifetime Achievement Award for songwriting; being honoured at the US Library of Congress by Poet Laureate Ted Kooser; plus many more. He’s also survived two cancer surgeries and continues to tour across the sold-out audiences worldwide.