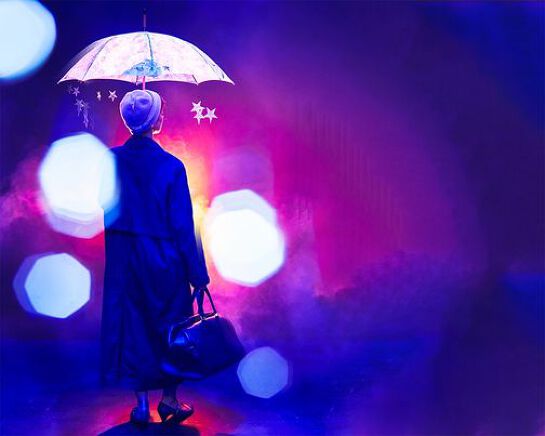 Supported by The Australia Council for the Arts and Aintree Group

Everyone knows Mary Poppins. But who was the woman who created her?

‘Paper Stars’ is a new Australian musical inspired by the career of one of our best-loved storytellers. Based on true events (yet told with a spoonful of imagination), it follows Lyndon Goff from Sydney to London, where she reinvents herself as P.L Travers and finds the inspiration to write her world-famous novel. But first, she must deal with some baggage from her past…With a whimsical book by Grace Chapple and Miranda Middleton, and an original score by Luke Byrne, ‘Paper Stars’ is a story about finding magic in the real world, rather than fantasy.

"What may not be as familiar to a Melbourne audience is the world of Off-Broadway, Off-Off-Broadway, workshops and theatre festivals. In Melbourne, opportunities to see lesser-known musicals in a good theatre with a solid cast and production values are not as frequent as somewhere like NYC… That was until Salty Theatre came onto the scene." - You Should See It Melb

Photos and Videos by Aaron Walker