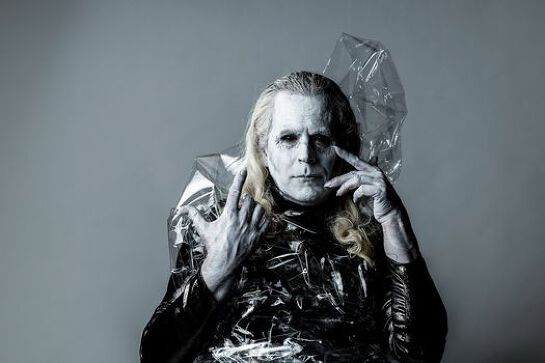 Prophetx by The Danger Ensemble

PROPHETX is a spectacle of misfit, a love letter to those whose lives speak truth to authority despite the consequence. It is an epic, surreal and irreverent remix of the story of Tiresias – an ancient outsider, an archetypal other, the genderfluid and queer seer who features in The Bacchae, Oedipus Rex, Antigone and The Odyssey.

The Danger Ensemble who are known for their highly visual and physical works further their exploration of contemporary form and modern tragedy with PROPHETX.

Tiresias’ life spanned seven generations, living as man and woman, counsel to mortals and gods alike, existing in this world and the underworld, both celebrated and punished for knowing and seeing too much.

Historically, like many queer figures Tiresias has been merely a supporting character, a dramatic device, and a footnote but PROPHETX positions Tiresias as the central figure in their own drama and asks:

what is the cost of seeing?

what is the pain of knowing?

what is the weight of living?

PROPHETX builds on The Danger Ensemble's examination of ancient myth and history following in the footsteps of In God We Trust (Groundling Awards for Best New Play and Best Direction), Children of War (Laboite Indie), i-War (Queensland Theatre Company and Brisbane Festival) and CALIGULA (JWCOCA, Gold Matilda Award for Design).

Presented by The Danger Ensemble, Backbone and Theatre Works