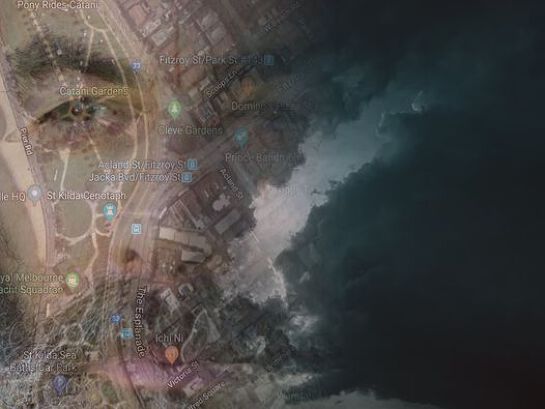 The Darkening Sky by Richard Murphet

Presented by The Darkening Sky Ensemble

‘There are sometimes when a door closes in your life. Don’t ask why!’

In the late 1960s, on a car trip into the Dandenongs, Heather tells her 9 year-old son, Jamie, that she has to leave him with his aunt, and that she will never return.

In the early 1980s, another car, weaving crazily through the streets of Richmond, whisks away Chantal, the woman Jamie loves, leaving him stranded on the footpath. He never sees her again.

What links these sudden and terrifying events? What do they tell Jamie about his life and about the hidden history of Melbourne’s political underground?

‘Richard Murphet is a theatre artist whose work pushes the edge of the theatrical frame. The metaphor of the edge allows for an emphasis on Murphet’s experimentation with theatrical form and his crossing of the borders of theatre, performance, poetry, music, dance and media.'