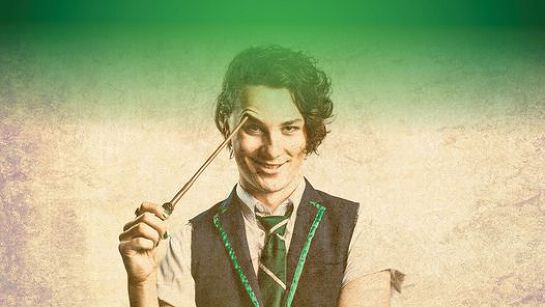 Before Voldemort was He Who Must Not Be Named, he was just Tom Riddle, another moody teen that couldn’t talk to girls. Join Tom and his Hogwarts classmates on a hilarious musical adventure packed with magic, hormones and more than a few murders. This is a Harry Potter musical parody that is sure to leave you spellbound!

From the co-creators of ‘Thrones! The Musical Parody’ comes their latest smash parody extravaganza! After two hugely successful back-to-back seasons at The Edinburgh Fringe and The King’s Head in London, VOLDEMORT AND THE TEENAGE HOGWARTS MUSICAL

PARODY is being introduced to Australian audiences for the first time ever by Salty Theatre, Red Hot Productions and Theatre Works.

"It is a wizarding-world extravaganza, flourished with unforgivable curses, witty humour and muggle-worthy entertainment. A must see for Harry Potter fans."

Directed and Choreographed by

Assistant Direction and Choreography by

Photos and Videos by