The House on Fire at The Edge of The World by Neylon and Peele, St Kilda - What's On St Kilda
Skip to main content 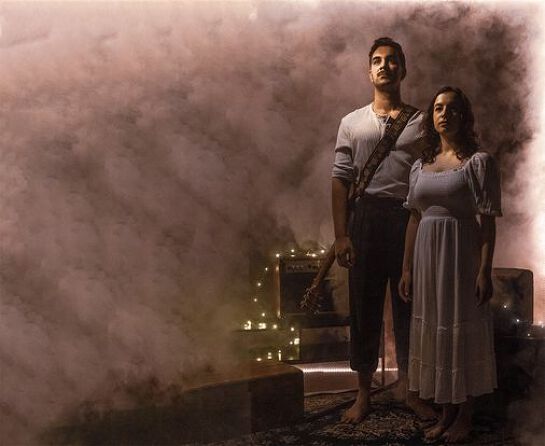 The new ambient rock musical that sings of the joy and pain of being human in a dark, unusual world.

Elizabeth is young at heart and filled with imagination. When all that she loves is put in danger, the most mystical of opportunities presents itself, taking her on a journey filled with madness, fantastical whimsy, self discovery and coming to terms with what it means to be human.

‘The House On Fire at The Edge of the World’ is a breathtaking new Australian musical, interwoven with the beating heart of contemporary ambient rock. Live music, dance and a dazzlingly suspicious upside down kingdom take centre stage in this captivating live experience that will take you to another world and back.

Inspired by musicals such as ‘Hadestown’ and ‘Once,’ The House On Fire at The Edge Of The World is experimental music theatre at its most ambitious. Inventive stagecraft, a score that sings of the joy and pain of being human, and inventive storytelling come together to make a fairy tale for our modern time.

After a sell out season of their musical ‘The Beep Test,’ up and coming musical theatre writers Neylon and Peele are back to prove the power and importance of the Australian musical in a world premiere that makes us all celebrate the power of imagination and lust for life in the darkest of times.