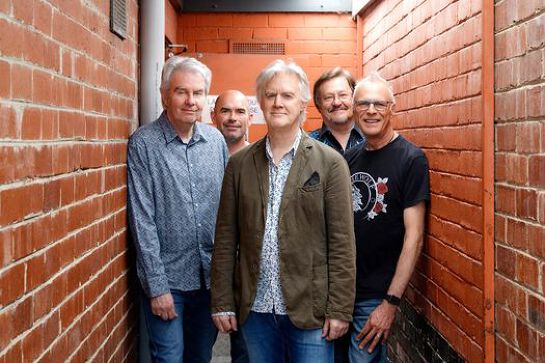 Stars, the iconic Australian Country Rock band, play the Memo for the first time featuring songs from their acclaimed new album One More Circle Round The Sun, plus Boundary Rider, Land of Fortune, Paradise and The Andrew Durant Memorial Concert.

Don’t miss this opportunity to see one of the great Aussie 70’s acts reformed with 3 original members, a clutch of great songs new and old and performing with a reinvigorated fire and spirit.

“This band is sharp and powerful and emotive. See them if you get a chance.” Facebook

“Seriously…can’t tell you just how good this album is…suffice to say it has been on ridiculously high rotation instore…great songs, beautifully played, Mick Pealing is in fine voice, his & Nick Charles new songs are instant “classics” & feature superb production & sequencing….and contains so many “ear worm” songs…you’ll be humming them all day! It’s a corker!!” Basement Discs, Melbourne

“Make no mistake – all these years later, this reinvigorated lineup of Stars are back to show all and sundry that they are still contenders – and a force to be reckoned with – both on record and on stage. Head to starsofficial.com and get on board. You won’t be disappointed.” Colin Gray – Australian Rock Show Podcast.