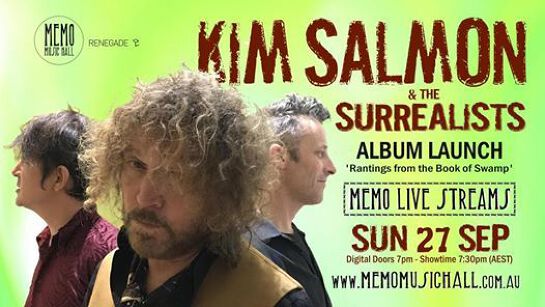 That’s right.– made up on the spot for an unsuspecting audience of over 7,500 viewers worldwide.

Now – only 3 months later, we are proud to announce the release of Kim Salmon & the Surrealists’ “Rantings from the Book of Swamp”.

To celebrate, the band returns to Memo Music Hall less than 12 months from when they sold out the venue for the launch of Kim’s biography.

Be quick, and don’t miss one of this country’s most influential artists as he and the band walks you through their swampy improvisations.